Westlake wins by the narrowest of margins 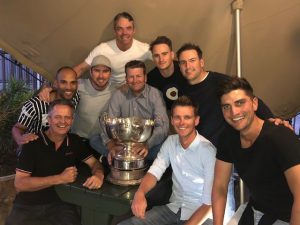 Westlake won by the narrowest of margins the Premier League Finals at Atlantic Beach on Sunday. They edged out King David Mowbray into second spot.

Both teams had won four matches and lost one – it was the games count that made the difference. Westlake had 37 games & 23 against – King David Mowbray 36.5 games & 23.5 against.

Although they lost their final match to Rondebosch, Somerset West were the winners of the Reserve League.

Premier Reserve League MVP 2018 after round 5

Premier League MVP 2018 after round 5