Back on the podium for Filippi 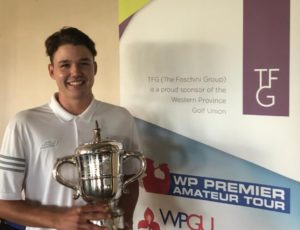 Filippi’s putter went dead on him in the second round but managed to edge out Galant who was chasing him all the way. Galant who carded an eagle at the par 5, 17th, and birdied three of his last five holes couldn’t close the one shot gap on the leader.