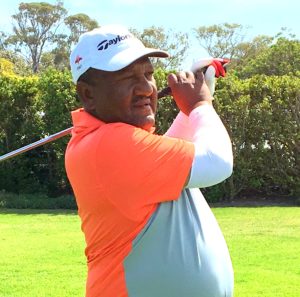 A dramatic finish to the Cape Winelands.

Dirk van der Merwe finished, eagle & birdie to post a total 74-68 total 142; two shots behind Francois le Roux, who at four-under-par with four holes to play and was looking good to lift the trophy.

However, a wayward iron shot proved costly – le Roux signed for triple bogey on his final hole to lose the championship by one shot.