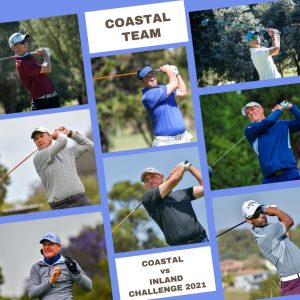 GolfRSA, having announced a new “Ryder Cup” styled event to cater for the leading Mid-Amateur and Senior Golfers from Coastal and Inland Unions – have recently selected the following teams to play in the inaugural Coastal vs Inland Challenge at St Francis Links from the 2 – 5 December 2021.

Wishing the Coastal team all the best for the upcoming tournament.