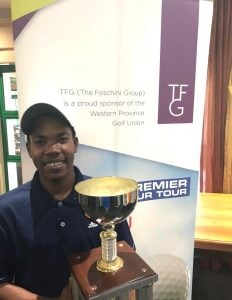 Croy clearly knew his way around the Kuils River course.  Lying just one shot from the morning round leader, Cruickshank, Croy slotted two birdies early in his second round to take charge and added three more to his card; the rest of the field had to play for second spot.