DuToit takes out Hall in final 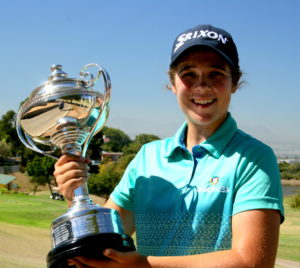 A birdie blitz on the 7th,8th & 9th holes gave her the lead, and du Toit closed out her match with another two birdies on the 14th and 16th hole.

A little revenge for du Toit as it was only two weeks ago when Casandra Hall held her nerve against du Toit in the 1/4 final and go on and win the matchplay title at the KZN Women’s Championships.

In the Championship Flight Kaiyuree Moodley settled her match against Tara Griebenow 4/3.