Home > JUNIORS > Jack on top of the pack

Jack on top of the pack 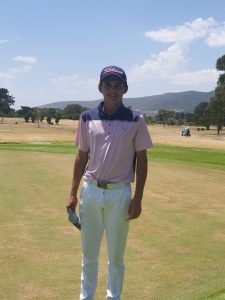 The WP Junior Championship Tour was completed this past Sunday at the beautiful Oubaai Golf Club in the Southern Cape – the Tour was a series of 6 local and regional events held during the month of January.

Jack Buchanan topped the Tour with a great record over the 5 events he played – winning at Parow with a 67, 10th at Kuils River with a 77, then followed a 2nd place at KD Mowbray with a 72, tied 8th at Rondebosch with a 72 and then in his last event at Bellville a 77 in tied 15th spot. Overall Jack showed good consistency.

As can be seen by the ranking – Travis Procter was a very close 2nd.

The tournaments were well attended with a total of 114 players participating in the last event at Oubaai GC.