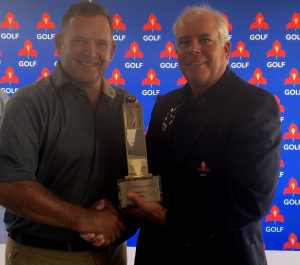 After 27 holes, Poulton had a five-shot lead and was never really challenged.  It was on the front nine holes that Poulton ran away from the field – in total he slotted in nine birdies. Holes 10 to 18 proved a little more challenging with only three birdies and two bogeys.

This is Poulton’s second provincial win – he topped the leaderboard at the 2016 WP Senior Masters.