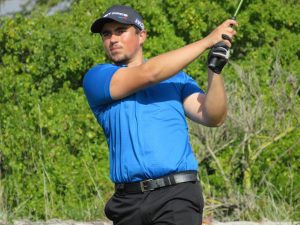 Emile Raath picked up his second tournament win when he beat 13-year-old, Jack Buchanan in a play-off at the Atlantic Beach Junior Open held on Sunday.  Both players who are members of Atlantic Beach finished on a one-over-par 73.