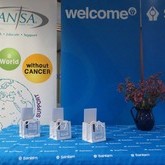 The Sanlam Cancer Challenge, South African golf’s biggest charity drive in the fight against cancer, will tee off its 24th year at golf clubs around the country  with thousands of amateur golfers joining together to try and beat the over R3.5 million raised in previous years

Amateur golfers around South Africa will take part in their local golf club’s Sanlam Cancer Challenge golf days with the double aim of raising money for the Cancer Association of South Africa (CANSA) as well as trying to qualify for their respective regional finals.

The winners of the regional finals, which will be played from July to August, will then qualify for the National Finals to be played on both the Gary Player Country Club and Lost City Golf Club courses at Sun City from 9-10 October.