Second round 64 for van der Walt 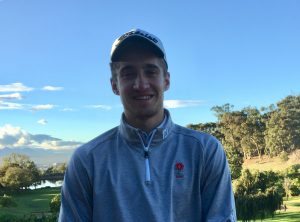 Francois van der Walt (Irene Country Club) shot up the leaderboard from his first round 73.  He climbed up 15 spots to sit two shots from the leaders, Jayden Schaper and Yurav Premlall.

Van der Walt  eagled the par 4, 1st hole and never looked back slotting a further nine birdies to sign for an 8-under-par second round 64.

Schaper and Premlall shared a total of 15 birdies between themselves as both players finished on 9-under-par for their two rounds.

The top 60 players and ties progress into Wednesday’s final rounds, after which 32 players will qualify for the Match Play rounds.