Home > JUNIORS > The ‘Green’ jacket – a perfect fit for Raath

The ‘Green’ jacket – a perfect fit for Raath 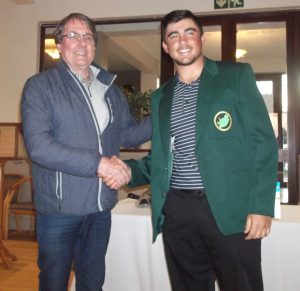 Atlantic Beach’s Emile Raath finds himself in the winner’s circle at the Mini-Masters played at King David Mowbray on Sunday. He was a cut above the rest of the field.

Raath cancelled out three drop shots with seven birdies in the 36-hole event to card rounds of 69-71, 140 (four-under-par) to finish four shots ahead of in-form Francois Cilliers 71-74, 145.