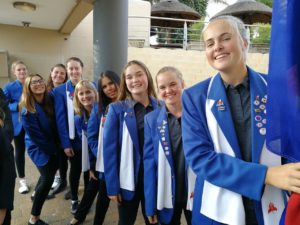 KZN are the defending champions, and the WP A Team will want to improve on last year’s 8th position.

Strengthened by the return of Kelly Erasmus who has completed her 3 years university in America, Kaylah Williams and Jordan Rothman will draw on last year’s IPT win to topple the champions.

The WP A team have not won this event for quite some time; their highest finish was second place behind KZN in 2015.

The Waterkloof course is laid out on the slopes of a hillside.

Even with the generous width of the kikuyu fairways, the players will do well to stay clear of the 4000 indigenous trees that were recently planted on the course.

Doglegs are thrown into the mix with some tough par-four’s and the threat of water hazards are ever-present, so course management will be crucial for low scores.